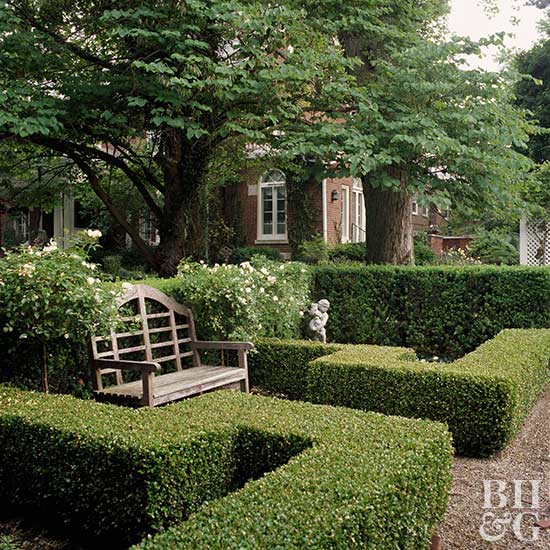 Boxwood sets the standard for formal clipped hedges. Its ability to withstand frequent shearing and shaping into perfect geometric forms makes this evergreen a popular border plant. You can also let it grow tall to provide a screen or to create a maze. Some varieties grow to 20 feet tall. 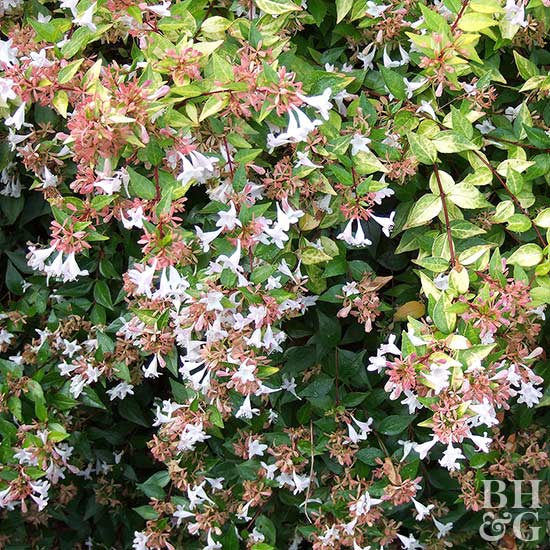 Butterflies love the trumpet-shape flowers that dangle from glossy abelias’ branches all summer long. This shrub naturally forms an arching mound that grows 3 – 6 feet tall, but you can shear it to create a lower hedge. 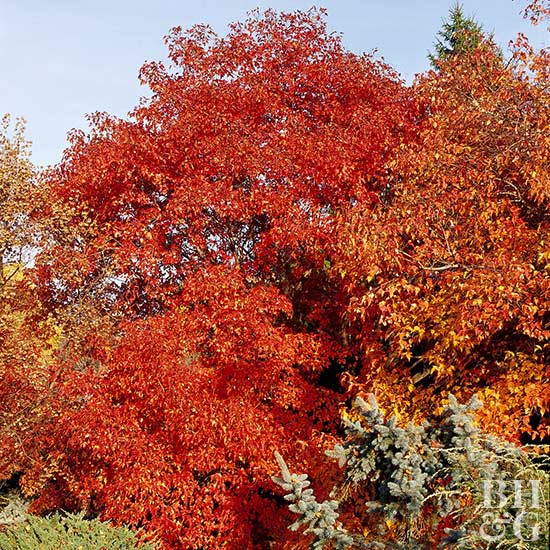 Grow hardy Amur maple as a small tree or large hedge and enjoy its spectacular red color in the fall. If you use it as a hedge, allow multiple trunks to grow, and shear their limbs occasionally to promote branching. 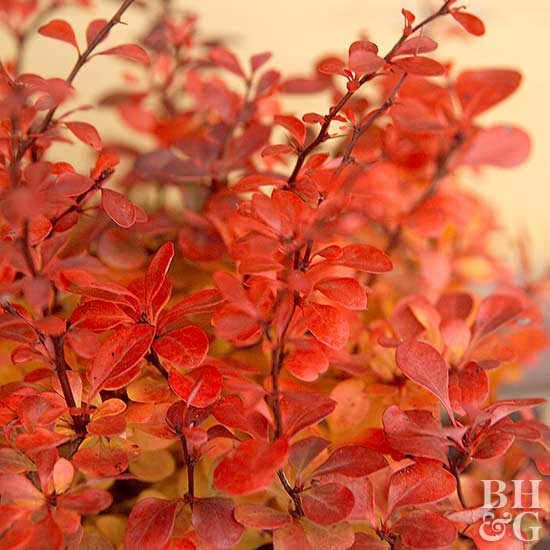 Barberry bears sharp spines that provide a nearly impenetrable barrier on this 3- to 6-foot-tall shrub. There’s a wealth of varieties that bear foliage in shades of chartreuse, green, burgundy, and rosy red. The leaves develop golden, orange, and red hues in fall. 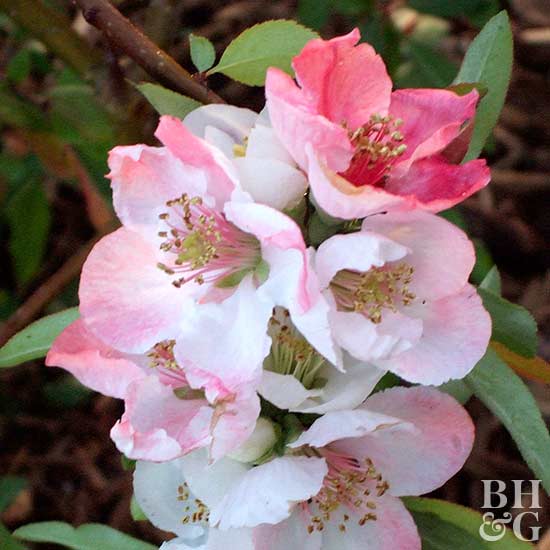 Flowering quince is equipped with sharp spines that make it an effective barrier plant or privacy screen. The 6- to 10-foot-tall shrub lights up the early spring landscape with its scarlet, pink, or white blooms. Some varieties might rebloom in fall. The selection pictured here is ‘Toyo Nishiki’. 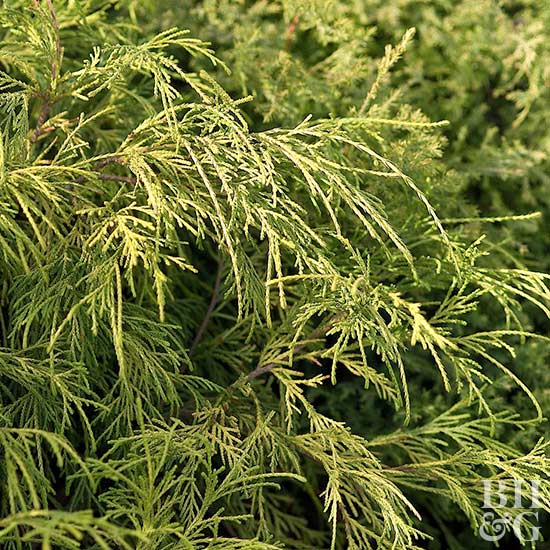 Sometimes called threadleaf false cypress for its delicate-looking foliage, this slow-growing evergreen usually grows about 6 feet tall in 20 years, but eventually matures at 20 feet tall. Many cultivars with slight variations in foliage color and plant form are available. 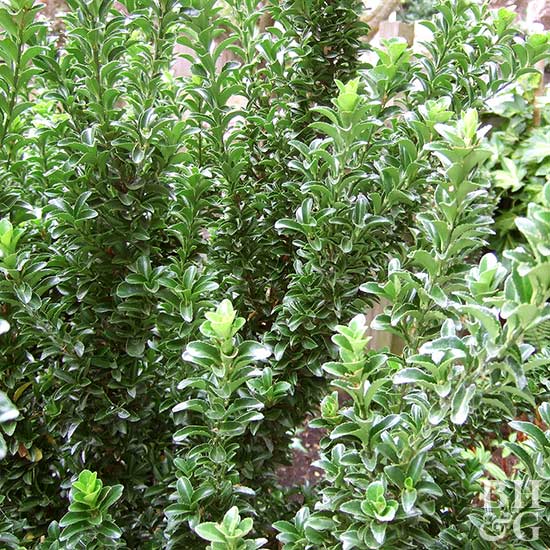 This fast-growing evergreen shrub reaches 10 – 15 feet tall, but it’s easy to shear it back to create a lower hedge. Create more landscape kick by selecting varieties with gold-, cream-, or white-variegated foliage. 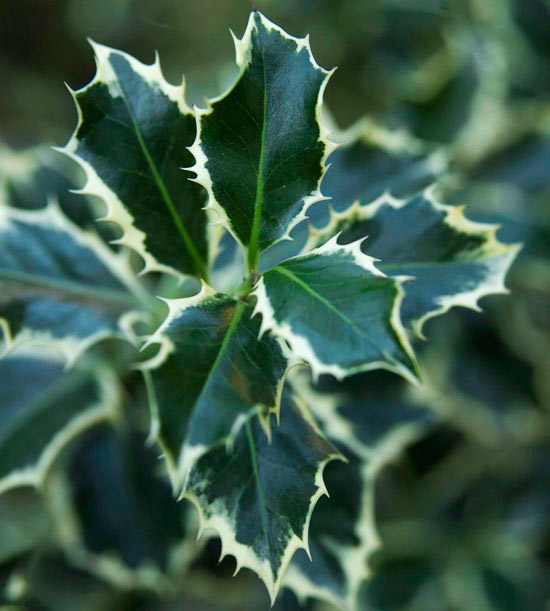 If you prune them regularly, many species of holly work well as hedges. Dwarf hollies, such as dwarf yaupon holly, meserve holly, and inkberry, are the easiest types to use, as they need less pruning. Most varieties of holly bear red or orange berries, which are set off by the glossy evergreen foliage. 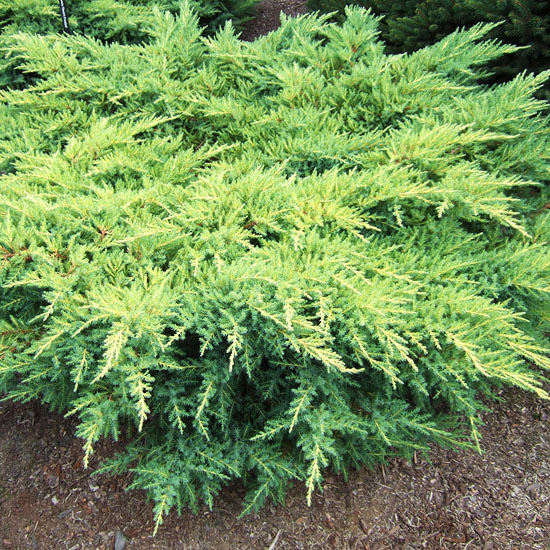 Among the most versatile of evergreens, junipers range from ground-hugging creepers to mounded shrubs and upright trees. All respond well to pruning, making them useful hedges. 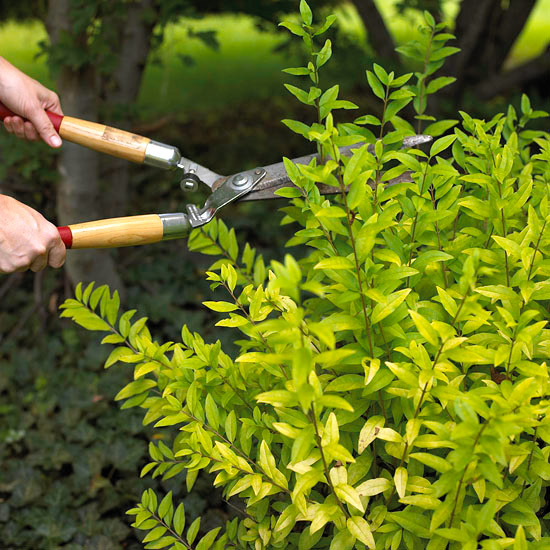 Golden vicary privet, seen here, has yellow-green foliage and reaches 10 – 12 feet tall. Without shearing, it develops an attractive vase shape. With just a little pruning, it makes a delightful, dense hedge or screen. It bears white flowers in spring, and is drought-tolerant. 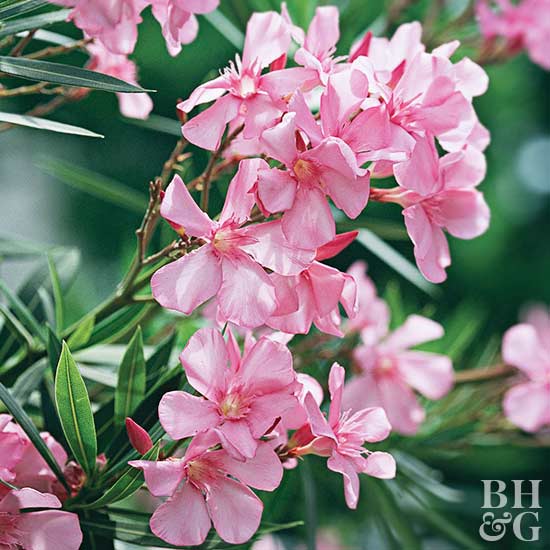 Oleander thrives with little care in California and the Deep South. The 12- to 15-foot-tall shrub tolerates drought, heat, wind, and air pollution. Its dark, leathery leaves form a lovely backdrop for its pink, peach, white, or red blooms.

Test Garden Tip: All parts of the plant are poisonous, so avoid planting it in areas used by pets and small children. 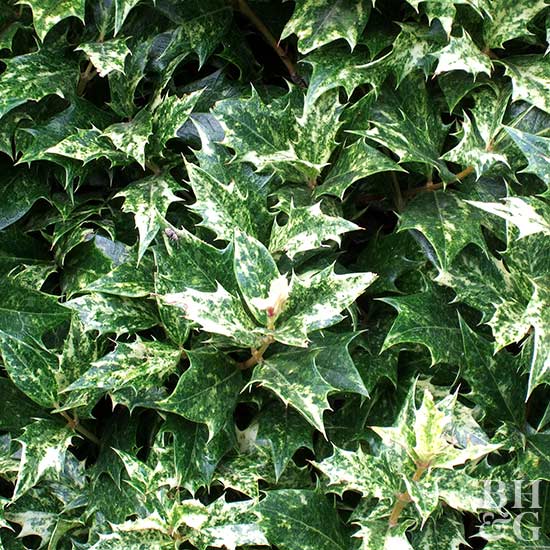 This plant has earned its common name its toothed, evergreen foliage closely resembles that of holly. It grows slowly to 15 feet tall but can be sheared to create a solid wall of green. 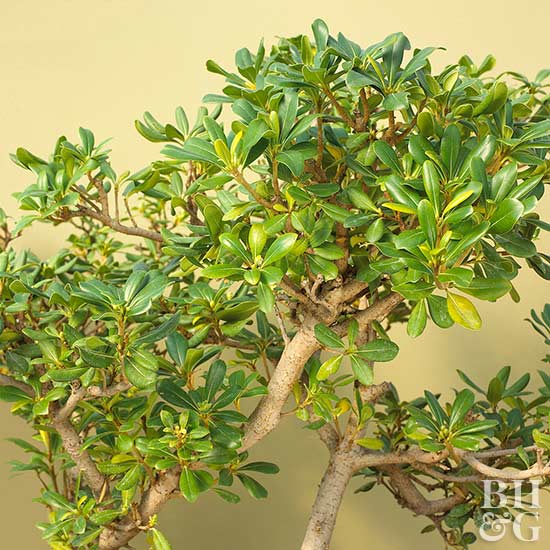 A popular shrub in the South, Japanese pittosporum forms a dense, compact mound to 12 feet tall. Its dense growth and evergreen foliage makes it suitable for screens or informal hedges. It can be closely sheared to create formal hedges or topiary. In spring it bears white flowers with the scent of orange blossoms. 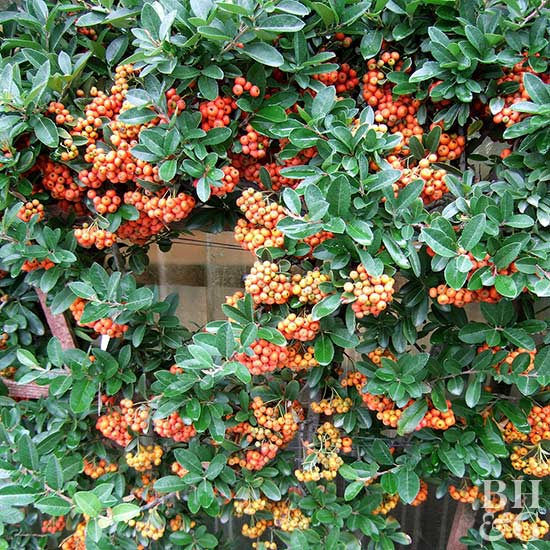 An evergreen in mild climates but deciduous in colder regions, scarlet firethorn has stiff, thorny branches that adapt well to being trained as an espalier or as an informal hedge. It’s adorned by cheery white flowers in spring and orange-red berries in summer. It can grow 18 feet tall, depending on variety. 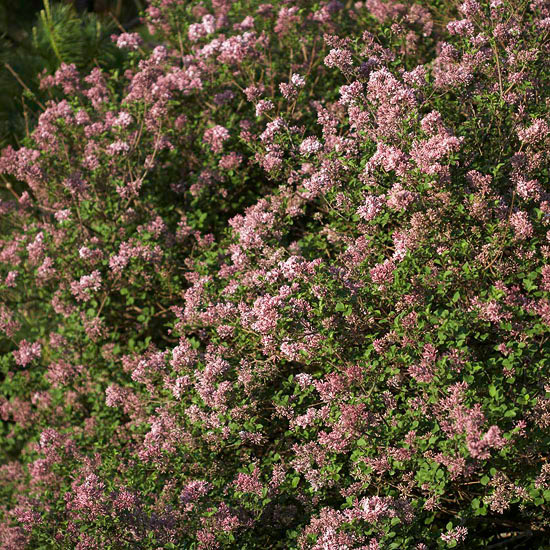 Also known as Meyer lilac, this 8-foot-tall shrub is one of the easiest lilacs to grow. It’s covered by fragrant purple flowers in May and resists powdery mildew, a common disease.

Test Garden Tip: This shrub blooms on last year’s stems, so prune it in May or early June to ensure a good floral display the next year. 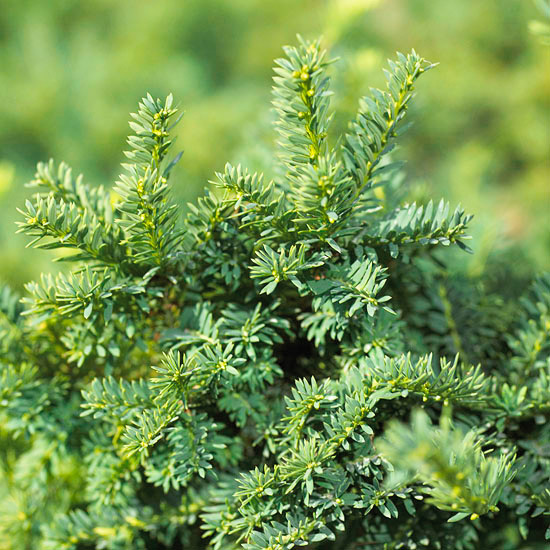 Adaptable to sun or shade, hybrid yew is a versatile evergreen with few pest problems as long as it has good soil drainage. Many varieties are available, with mounded to upright growth from 10 to 40 feet tall. It withstands shearing well, making it popular for formal hedges and topiary. 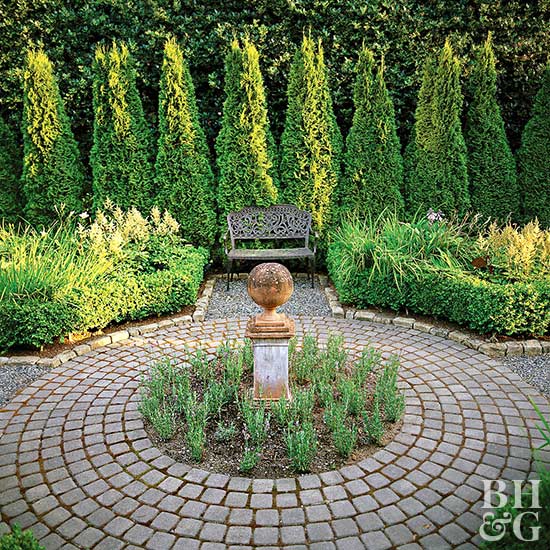 American arborvitae is an upright evergreen with flat sprays of scalelike needles. ‘Techny’ is among the most popular varieties; it grows 10 – 15 feet tall, making it a good choice for a hedge or screen. 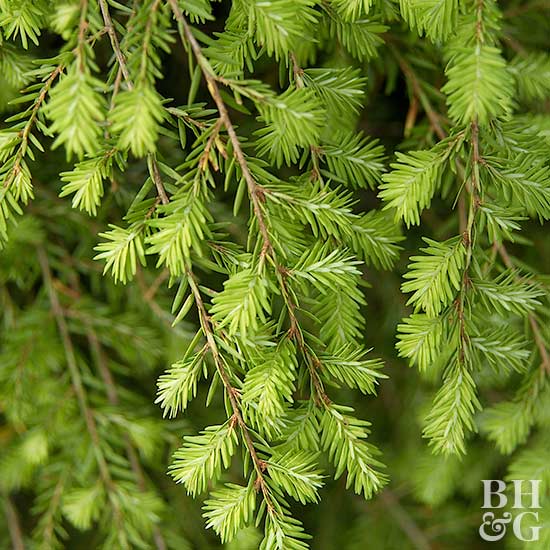 Although Canadian hemlock naturally grows 40 – 70 feet tall, it responds well to shearing as a hedge or evergreen screen. It tolerates shade, but dislikes drought, wind, or salt spray. Woolly adelgid, an insect problem, can be serious in some regions. 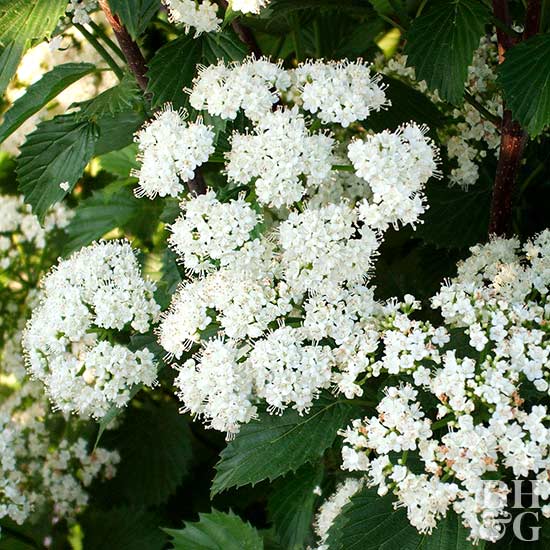